Just A Look: The Butt

All the bad news in the news have a way of making the world seems gloomy and doomed. But there are many real life sights that can make even a cloudy day seems much brighter. And so, ladies and gentlemen, today I present you with ... 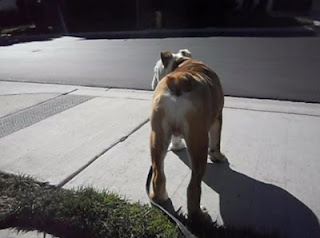 Email ThisBlogThis!Share to TwitterShare to FacebookShare to Pinterest
Labels: Just A Look

For my fellow Kasarova-fans, here is the updated performance schedule for our favorite opera singer as compiled from internet searches. If you notice any mistake or know of schedule change, please don't hesitate to let me (and others) know!
Last updated 24 Nov 2011.
2011

I and my blog are not affiliated with the San Diego Opera, though I am very fond of the company. Occasionally I am more than happy to pass along a spectacular announcement from its press releases. Here is the latest - shortened a bit and with some modification of the way the 2011 season schedule was formatted.
Renée Fleming in Concert Pre-Sale
Opera superstar Renée Fleming to sing benefit concert as part of San Diego Opera’s 2012 Season

Concert made possible by a $1 million gift from
Conrad Prebys and Debbie Turner
San Diego, CA – San Diego Opera is proud to announce that opera superstar Renée Fleming is returning to San Diego as part of the 2012 season with a special benefit concert on Saturday, March 24, 2012 at 7 PM at the San Diego Civic Theatre. Accompanied by the San Diego Symphony Orchestra, this concert will launch the Bravissimo Campaign for Artistic Excellence, a $15 million campaign dedicated to preserving the highest artistic quality as well as stability of San Diego Opera as it approaches its 50th Anniversary in 2015.

San Diego Opera is extremely proud to honor Conrad Prebys and Debbie Turner who have come forward with an extraordinary $1 million gift to make this concert possible.

“The Renée Fleming benefit concert is dedicated to both Conrad Prebys and Debbie Turner in grateful recognition of this critically important and exceptionally generous gift as well as the leadership role they continue to play throughout our community,” comments San Diego Opera General and Artistic Director Ian Campbell. “They are truly philanthropic superstars and the Opera’s board, staff and artists hope you will echo our cheers of “Bravi!’”

Ms. Fleming made her San Diego Opera debut as Tatiana in Eugene Onegin in 1994 and returned the following season in the title role of Rusalka.

Three tiers of VIP tickets are currently on pre-sale for this concert. All other tickets in remaining sections will go on sale to full-season four-opera subscribers after March 1, 2011.

Premiere Orchestra - $1,000 per person. Packages include best available seating in the orchestra section, a post-concert dinner with Ms. Fleming, complimentary valet parking and an exclusive intermission reception. Fair market value for this package is $330 and includes a $670 donation to the Bravissimo Campaign

Preferred Orchestra - $500 per person. Packages include second best available seating in the orchestra section, a pre-concert champagne toast in the Golden Hall Lobby and free and convenient parking. Fair market value for this package is $200 and includes a $300 donation to the Bravissimo Campaign.

Patron Level - $300 per person. Seats include third best available seating in the orchestra section, lower loge and first rows of the Dress Circle and Mezzanine. Fair market value for this package in $180 and includes a $120 donation to the Bravissimo Campaign

All donations from the Renée Fleming Benefit Concert will go towards the Bravissimo Campaign and will not be applied to San Diego Opera Membership benefits. These contributions will help ensure the Opera’s ability to hire the world’s top opera singers and produce world-class productions for the enrichment of our community.

Seating will be assigned on a first-come-first-served basis. Patrons will not be seated in their regular subscription seats. All other tickets in remaining sections will go on sale to full-season four-opera subscribers after March 1, 2011.

San Diego Opera’s 2012 season includes Salome (January/February), the West Coast Premiere of Moby-Dick (February), Don Pasquale (March) and The Barber of Seville (April). Casting, dates and prices for the 2012 season will be announced in May, 2011.

Dreaming of Venus.... (the operatic goddess, not the Williams)!

As gorgeously mild and sunny as the weather is being here, I wish I've been in Zurich this week to catch Nina Stemme and Vesselina Kasarova as Elisabeth and Venus in Wagner's Tannhäuser.
Youtube clip by ZurichOpera
Any opera production with Nina Stemme in it is worth seeing especially if it is a Wagner or a Strauss opera. Add to that attraction the debut as Venus of  Vesselina Kasarova, who is not known for her Wagnerian singing since she has spent most of her career juicing up the bel canto and baroque repertoire in ways that almost make me wish to have been born in those eras even with their lack of flushing toilet and microwave oven, and I find myself longing to see the Wagner opera much more than I had imagined that I could. It would surprise many to learn that the Frau Kasarova actually had her professional stage debut in two Wagnerian roles at the Opernhaus: Wellgunde and the second norn in Götterdämerung in 1989.
Like many, I confess that I have been quite more intrigued by her trouser roles than I have when she actually gets to play a woman... But exceptions must be made when she is playing a woman in red...
Youtube clip by Kryltoppa

From Helen to Venus.... And to think that there is Dalila waiting to debut in a few months!
In the meanwhile, though, if I'm lucky I might get to catch Lise Lindstrom as Turandot at the San Diego Opera later this week. Crossing toes and fingers while knocking on wood.
Posted by Smorg at 12:06 AM 4 comments: