Just musing out loud quite topiclessly

Whew, what seriously wet (and literally electrifying) weather we had last weekend! When the local meteorologists mentioned that we might get a visit from remnant of Hurricane Dolores, I thought we might get some rain and cloud for maybe a day (or maybe just half a day). Instead, Coconut the English bulldog, and I were dodging lightning bolts during his visits to the doggies potty yard.

Don't get me wrong, though, I'm really stoked that we got really good amount of rainfall over the weekend. We need quite a bit more just to raise the water levels in our local reservoirs to a more respectable level. As of last week, many of them were looking too much like dried up bush bowls than they did lakes.
In the meanwhile, I got to roll into Downtown for a bit yesterday. The place looks so different every time I drop in! There's a new park with some rather cool water features off 14th St in East Village that is still fenced off. The Callan Hotel on Island St in the Gaslamp no longer looks like an ill-maintained public toilet, and most of the restaurants along 4th and 5th are different from a year ago. 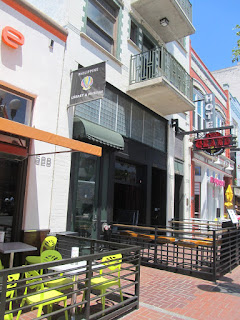 Guess what, that little tucked away Philippine Library and Museum on 5th Ave is still there... and mostly not-open as usual! I wonder how the place survives in such a prime location when it's closed for business most of the time...
Posted by Smorg at 10:01 AM No comments:

San Diego Opera Announces Opera Exposed 2016 Roster and Event
Audience Engagement Ensemble from the Company’s University Partnership Program to Present Free Community Concerts
San Diego, CA - San Diego Opera is pleased to announce the 2015-2016 Opera Exposed artists and events. Opera Exposed is a touring opera ensemble comprised of students from San Diego Opera’s University Partnership Program which currently includes vocal arts students from SDSU and Point Loma Nazarene University. All of the participants have auditioned into the program and represent San Diego Opera in recitals throughout the communities and neighborhoods of San Diego County, with a focus on underserved neighborhoods. In return, the students receive master classes with principal artists from San Diego Opera mainstage productions, meetings with senior staff, internships to bolster their resumés, in-and-out privileges for staging rehearsals and complimentary tickets to performances. This partnership offers young singers ample opportunities to hone their performance skills, while at the same time giving them a better idea of the processes of producing opera on a professional level.
“Last year, in the first season of Opera Exposed, we performed in neighborhoods and venues where San Diego Opera had not been before, like City Heights and Barrio Logan,” shares Dr. Nicolas Reveles, San Diego Opera’s Director of Education and Community Engagement. “This year will bring our first foray into the Diamond Neighborhood, the Malcolm X Library, as well as return visits to some of the venues where we performed last year. It’s tremendously exciting to bring opera to communities that haven’t yet experienced it, especially with these wonderful, enthusiastic young singers!”
All Opera Exposed recitals are free and are open to the public. Performance selections will vary from recital to recital but will include a selection of familiar opera arias, duets and ensembles from composers such as Puccini, Gounod, Mozart, Rossini, Leoncavallo, and Copland, among others.
The 2015-2016 Opera Exposed artists are:
San Diego State University
Alvin Almazan, tenor
Rachel Rothman, soprano
Lisa Parente, soprano
Ivan Ochoa, tenor
Amanda Olea, soprano
Nicholas Newton, baritone
Radames Gil, baritone
Point Loma Nazarene University
Kiana Bell, mezzo soprano
Carina Kazmierowicz, soprano
Jack French, baritone
Krista Wilford, soprano
Jonathan Lacayo, tenor
McKenna Slack, soprano
Kelsey Kammeraad, soprano 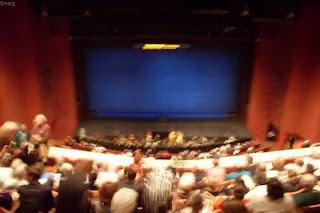