France had the moral backbone to say no when we (the USA) tried to bully her into joining us to invade Iraq for the WMD that Iraq didn't have (tho, to be honest, it wasn't really about the WMD, was it? It was W's misguided notion of revenge... and still aimed at the wrong party). We know, of course, how that invasion ended and what ill was released from that SNAFU's pandora's box. And even after France got hit by ISIS last week, she still resolves to not blame the easy-to-pick-on innocents for the action of others, but to keep doing the right thing and accepting refugees from war-torn Syria. And even those French who lost loved ones during that attack responded like this:


“I won’t give you the gift of hating you” – Antoine Leiris’ powerful tribute to his wife, who died in the Bataclan during the #ParisAttacks bbc.in/1NbYE0q
Posted by BBC News on Wednesday, November 18, 2015

It takes strong moral fiber to stay true to one's values even when the going gets rough.

In the meanwhile, here in America, irrational xenophobia is the prevailing rage to which I say, give me French fries over 'freedom fries' any day. Vive liberté, fraternité, et egalité.

I'm afraid hinged people tend to be less loud than unhinged ones... though please know that many Americans stand with you and don't share the view of those selfish bigots... And we will vote at the next election!
Posted by Smorg at 9:24 AM 2 comments:

A week ago, after five hours on the bike I found myself near the top of Mt Rubidoux in Riverside, CA, contemplating the view from the World Peace Bridge. The barren granite hill by the river was purchased in 1906 by Frank A Miller and Henry Huntington, who developed it into a place to celebrate nature, peace and humanity. 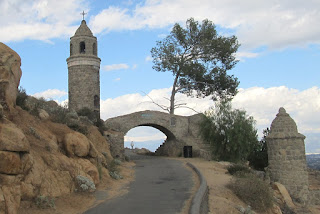 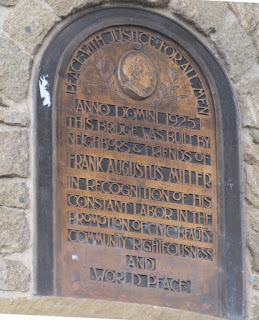 Those who spend their lives building and nurturing community and peace are the ones we will remember, not those who intentionally set out to destroy innocent lives to satisfy their own political agenda.