Oh boy, the holidays sure crept up on me (again). It's hard to believe 2017 is almost over already!

It's been almost a full year since I moved to Vista/Oceanside area last January. I didn't expect much, to be honest, but it has been some kind of wonderful after the horrible year up in Riverside. I've been enjoying stable works, an extremely easy-to-live with roommate (and her endlessly cute mini-poodle), and living close to a few really wonderful friends who are always looking after me.

Vista and San Marcos also proved to be full of nice surprised. There are so many cool nature preserved close by, along with loads of trails that are very road-bike-able, and a couple of hideously steep hills to keep my pudginess in check.

Alas, I'm still quite far away from classical concert & performance arts venues (far, is of course, in the context of being able to get to those venue by bicycle or public transportation), as it's quite a travel to get to either downtown Los Angeles or downtown San Diego. A wonderful friend and I did manage to make it to Disney Hall last month to catch Emmanuelle Haim in concert with the Los Angeles Philharmonics, though. She was conducting a very pious program of Purcell, Bach, and Pergolesi (starring Laura Claycomb and Christophe Dumaux). As it was an LA Phil ensemble rather than her usual Le Concert d'Astree, we didn't hear period instruments. It was still a stellarly Baroque night, nonetheless, and even ending cheekily with the very unpious final duet from Monteverdi's L'Incoronazione di Poppea as the encore number.

We had a bit of a scare when Lilac Fire broke out a few weeks ago. Luckily, though, it never got closer than 6 miles from my pad, even though the smoke plume at times looked as though it was just on the other side of the hill that I live on. I'm afraid wild fires are 'expected' thing in this neck of the woods.... but the season used to be over by mid-November rather than two weeks before Christmas! I'm keeping my fingers crossed that we do get some winter-ish weather in before summer is here again.

San Diego is not a pedestrian-friendly place. We are apparently supposed to drive everywhere. Our sidewalks come and go (and when there is one, it is usually not well kept), there are hardly any trash bin around (ergo the third-world-like proliferation of trash everywhere), and only once in a while do you come upon public benches outside of the touristy waterfront. So, when I ran into one while roaming around Mission Valley area the other day, it was a welcomed respite. 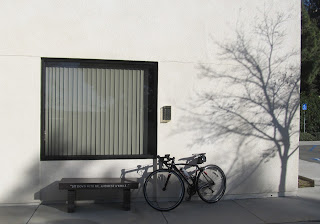 It was a very friendly bench that even asked me to stop to visit. Naturally, I didn't need to be asked twice... Thanks for a good sit, benchy friend!
Posted by Smorg at 6:55 PM No comments: 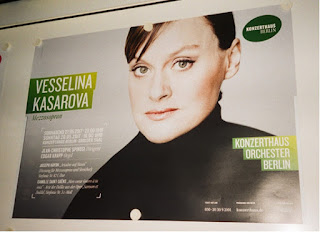 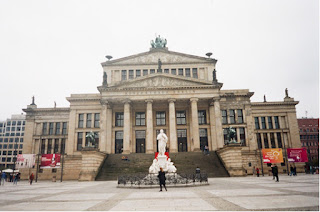 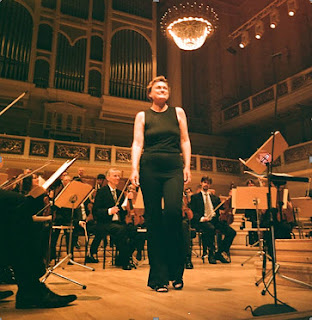 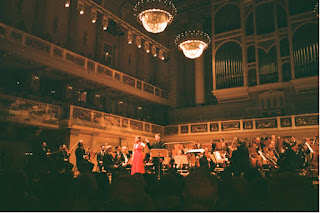 It's nice and peaceful at the new Smorghaus this morning. The California towhee wanted a piece of my breakfast bagel, and the Anna's hummingbirds think I'm a slowpoke at refilling the birdfeeder. They are probably right, too, seeing as the Nuttal's woodpecker is taking his frustration out on the little tree just beyond the fence! 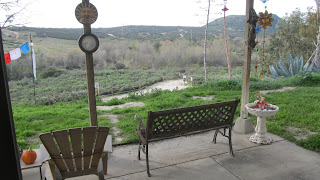 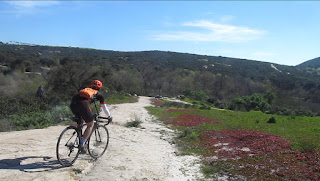 Hope everyone is having a good start to March!
Posted by Smorg at 10:53 AM No comments: