Just dropping off some photos from my various essential trips out of the house (we are still under 'Shelter In Place' order, and so are to stay home except for short essential errands or to exercise in the immediate neighborhood).

The last week of March and the first week of April saw us hit with a series of soaking rain. Our road ways have gone quite holey, and the bike lanes full of gravel and other debris. There are a lot of downed trees, and not enough city public works crew around to get them all quickly fixed up. 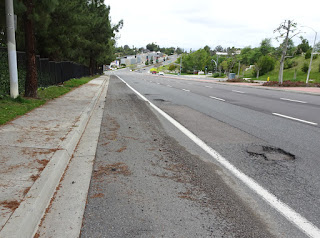 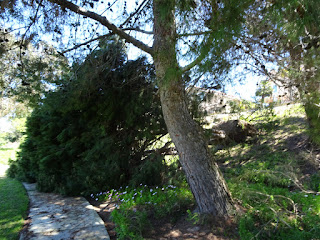 Social distancing with people staying at least 6 feet away from each other is the rule, so stores are marking their floor with tapes to help people visualize how far a distance 6 feet (or about 2 meters) is. Many stores have also marked their narrow aisles for one-way traffic flow. I'm afraid not a lot of people are paying much attention to it, though, and there are a lot of salmoning against traffic.

It's also curious to observe that a lot of people seem to think that the virus can only go forward or backward, but not sideways, since they aren't staying 6 ft away from the people on their left or right... just in front and behind. 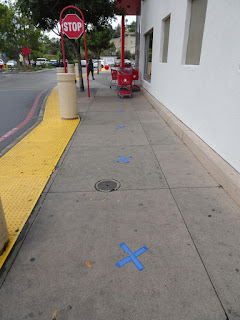 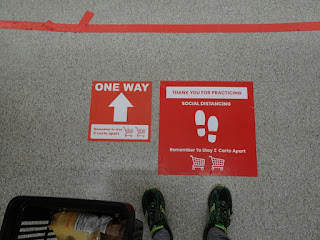 The paper products and the disinfectants shelves are still mostly empty all the time, of course. But now, so are the ones for pasta, rice, flour, and even eggs. 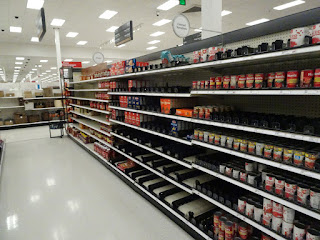 I'm grateful that I had a haircut in March, just before all the salons were shut down. It is now mid-April, and my hair is still short enough to not be too annoying during our first heat-wave of the year. Most of us are growing quite a mop over our head, though. I've really got to remember to beat everyone to the phone to schedule a haircut when salons are allowed to open again. Everybody will be wanting a hair cut at the same time!
Posted by Smorg at 1:10 PM 1 comment: 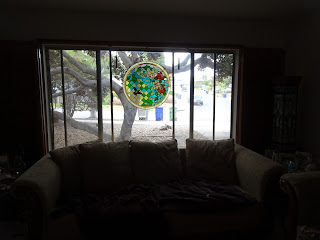 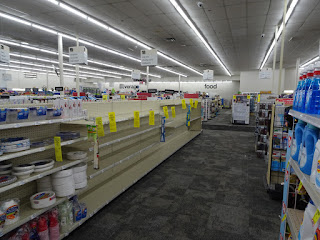 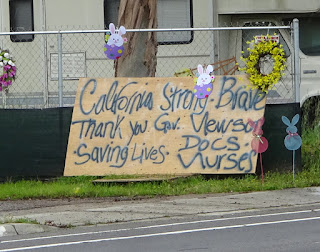 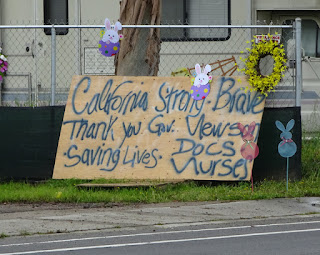 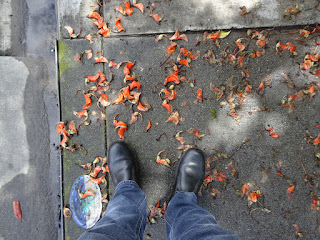 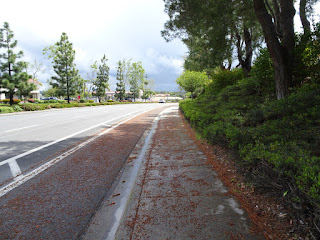 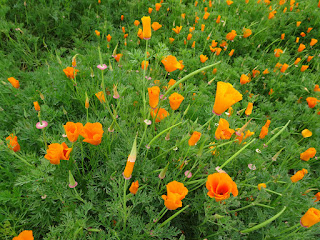 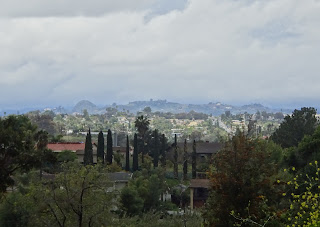 Not Coveting the COVID

Well, folks, even if you are super macho, have an impenetrable immune system, and don't care about spreading an infectious disease that can kill others (either because they have compromised immune system, or because they can't get access to life-saving medical procedure because all the ICUs are full and all the ventilators are already being used by critical patients) you still should practice social isolation now if only out of pure self-interest.

See, this is nothing like ebola zaire. Ebola has a hugely higher death rate, yes, but it is far easier to contain ebola than to contain this novel coronavirus. You can walk around with ebola in your system for up to 21 days before you show symptom, but during that period, you are not contagious and can't pass it to others. (I do hope you don't catch ebola, tho, that thing kills anywhere from 25-90% of the people that contracts it, depending on which strain you get). And, once you show symptom of ebola, everybody knows it and don't need to be told to run the heck away from you.
( https://www.who.int/…/fact-sheets/detail/ebola-virus-disease )

With this new coronovirus we're dealing with, people have had it and are now done with it without even knowing. You can walk around for up to 14 days being very contagious to others while feeling and looking completely normal. But, did you give it to someone who hasn't got the robust immune system to fight it in the meanwhile?
( https://www.ncbi.nlm.nih.gov/pubmed/32150748 )

So, the self-interest part has to do with... getting this shut down over with as soon as possible. Because as long as new case of community spread of this thing keeps showing up, they're going to have to keep extending the shut down another two weeks... to be sure there's no asymptomatic coronavirus-thyphoid-mary's still walking around spreading the disease. The longer you keep not being helpful about avoiding contact with others so it can no longer spread and just run out of host, so to speak, the longer the shut down goes on.

We all want to go back to our normal social life. Help us all get it back soon (unless you fancy spending months rather than just a couple of weeks without concert, sport, shows, dine in dinners, bar scene, big wedding, yummy buffet, casino, library, etc).
Posted by Smorg at 5:03 PM No comments: